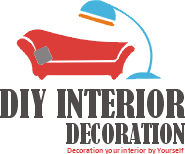 How to Sell House fast and Stress Free in Texas

A refrigerant is one of the most important components in all refrigeration as well as HVAC systems out there. In fact, if heating and cooling are involved with any system, there should be an efficient refrigerant to take care of the process. A refrigerant will undergo a phase change from liquid to gas and back to the liquid state where the heat is absorbed and released during the cooling process. The heat will be absorbed by the refrigerant and then released into the air. This is the main purpose of a refrigerant in your HVAC or refrigeration system. R20 is basic chloroform. On the other hand, R22 is one of the most efficient refrigerants on the market for the past several decades. The commercial name of R22 is Freon – which is actually chlorodifluoromethane – manufactured using R20 or chloroform. R20 is a component of R22. R22 was one of the best refrigerants used in HVAC and refrigeration systems for many decades.

But things changed with the discovery of the ozone-depleting qualities of R22. In fact, R22 damages the ozone layer of the planet. The ozone layer is important to protect us from the harmful rays of the sun such as ultraviolet rays. Hence, R22 is found to be detrimental to human health over time. It will deplete the ozone layer and increase the risk of skin cancer due to the harmful UV rays of the sun. The world leaders convened to Montreal in 1987 to sign the Montreal Protocol – which decided to phase out the substance. The phasing out was done in a stage by stage basis where the final stage is to be implemented in January 2020. The substance will be completely banned from being manufactured and imported to the United States from January 2020. That means R22 won’t be available even for servicing the existing HVAC systems that run on R22.

TdX 20 is one of the most effective alternative refrigerants on the market today. The most important advantage of the substance is that it is environmentally friendly as well as energy efficient at the same time. That is why the majority of HVAC and refrigeration contractors are recommending TdX 20 as an alternative refrigerant for your HVAC systems. There are many advantages to the refrigerant. This article provides information on what is really better – R20 or TdX 20?

TdX 20 was originally designed to operate according to the same size, pressure, and temperature requirements of R22. In fact, you can look at TdX 20 as an upgrade to R22 instead of just a replacement for R22. TdX 20 can use the same HVAC units that were once used by R22. That way the homeowners and business owners can save thousands of dollars in the process. You won’t have to replace the entire HVAC system when shifting from R22 to TdX 20. You don’t have to buy new HVAC systems but let the HVAC contractor replace the R22 refrigerant in the unit with TdX 20. Even though your R22 equipment may run with TdX 20, the latter is much more efficient and safe compared to the former. TdX 20 has five constituent refrigerants topped up on each other. These refrigerants will change phase at a very specific period on cycle. This will allow the substance to absorb and transfer heat along a wider surface area compared to R22. This helps increase the efficiency of the system as well as prolong the lifespan of the unit. That is why you need to make the shift from R22 to TdX 20 without further delay. You will save a lot of money, in the long run, the sooner you do this. You can do a cost comparison of refrigerants here.

TdX 20 makes your system perform more efficiently by working less. Since the workload is decreased, the temperature of the compressor is reduced. In fact, this will help decrease the power consumption and increase the lifespan of the unit. You will save thousands of dollars a year on your energy bills due to this reason. On the other hand, you don’t have to often replace your HVAC system, since it will have a longer lifespan. These are some of the most important benefits of shifting to TdX 20 instead of R22 – which will be completely phased out in 2020.

The manufacturing of R22 is severely restricted right now. Hence, the price of a pound of R22 has skyrocketed. The suppliers who have stocked the substance are charging exorbitant prices for their goods. In fact, a pound of R22 will reach $40 before the end of this year. Hence, you may face a big problem if you have to fill up your HVAC unit with R22 due to a leakage. That is why you should plan to shift to TdX 20 instead of R22. A pound of TdX 20 is quite inexpensive compared to R22. Since you don’t have to replace the entire HVAC system, you can hire a professional HVAC contractor to replace the refrigerant in your old system with TdX 20. That is the best way to save your hard earned money over time.